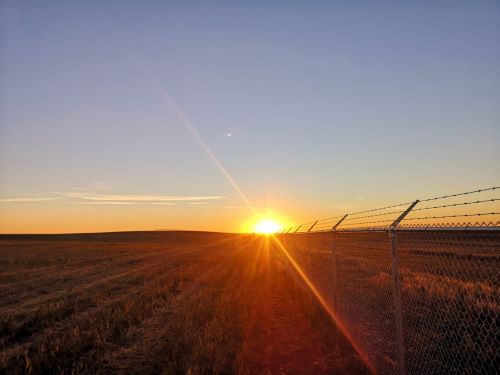 When you think of Alberta energy, you probably think about oil and gas. It's true that fossil fuels have been the engine that has driven the Alberta economy for many years. But, while we're still building pipelines, mines and oil and gas infrastructure, there's a quiet revolution happening. That's because Alberta is becoming a leader in solar power in the far north.

You've probably heard that it's too cold for solar in Alberta. That we get too much ice and snow. But that's actually not true. At least, not when it comes to power generation.

There are several major corporations that either have built, are building or are planning to build major solar farms. These large projects features row upon row of photovoltaic solar panels, and can generate huge amounts of energy. Unlike traditional power generation methods, they don't pollute, and there are no waste materials when power is generated.

They operate largely without human interference, which means that once they are installed, management and maintenance costs are low.

Why the Need for Security Fencing?

Unlike many other kinds of energy generation, solar power is generally not dangerous to people. You could, in theory, walk through a solar farm without being harmed in any way. There's no noise, no toxic fumes and no real moving parts.

But that doesn't mean these sites don't need security fencing.

In fact, solar farm security fencing is mainly installed to protect the sensitive and expensive equipment housed on the site. If panels are moved or damaged, it could cost a lot to replace them, and there is cabling and other movable items that might be stolen, rendering some of or the whole site ineffective.

Which is why we've been installing security fences around solar power sites for several years - and are seeing even more demand all the time !

What We Install for Solar Farm Fencing

When it comes to long fence lines like the one in Travers, there's nothing better for the job than good old galvanized commercial grade chain link fence.

We can install it quickly, it can be topped with barbed wire for additional protection, and because we manufacture chain link mesh and barbed wire in our Calgary and other locations, we have the material on hand quickly.

Gates can also be custom made for these sites, to whatever size our client needs them to be, and we can manufacture, supply and install swing or cantilever gates. There's even the option to automate the gates, so when you do need to access the site, you don't have to leave your vehicle to get through the entrance.

If you're building or planning to build a solar farm in Alberta or somewhere else and you need a fence, reach out to your nearest Rite-Way Fencing branch. Our estimators are happy to provide specifications, pricing and more.