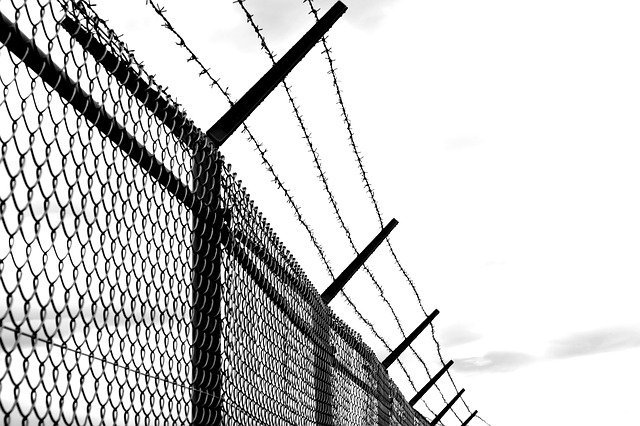 In Canada, we haven’t really had a pronounced need for security fencing for very long. Outside of prisons, military installations and heavy industrial developments, most facilities got along just fine with an ordinary fence. Or no fence at all.

But times have changed, and we’re seeing more demand for high security fencing in cities throughout Canada. Here’s what you need to know about your options.

What Is a Security Fence?

Some people think that a security fence should be an impenetrable barrier. That’s not true. In fact, there’s no fence or wall that can keep everyone out, all the time, on it’s own.

Instead, security fences are designed to be a deterrent, and to slow down anyone who does try to enter (or exit) the place it’s protecting. The idea is that if we can slow people down enough, someone will have time to respond to the threat. Which is why we often see high security fencing combined with alarm systems, CCTV camera systems and access control.

The more layers of security you add to your security fence, the better the whole system will perform. But even though security fences can be greatly enhanced by the addition of electronic security features, you should still choose the best possible fence for the job. So, what types of security fencing might you choose?

First, you can add an extension with barbed wire or razor coils to the top of the fence. Then you can add a bottom rail to make the lower edge of the fence more rigid, and include some kind of underground security, like a grade beam.

Using a heavier gauge wire (like 6-gauge wire instead of 9 gauge) to weave the mesh also increases security and choosing a smaller mesh aperture is another way to beef up chain link fence security.

Aside from the structure and materials used to build a high security chain link fence, there are also some changes to how it’s installed. Usually, steel fittings are used instead of cast aluminum, and they can be welded in place. Bolts and tie wires (also steel for high security fences) can also be tack welded to ensure they can’t be removed or tampered with easily.

Palisade fencing is another type of security fencing that can be used on sensitive sites. It’s not a very common type of fence in Canada but is widely used around the world.

Palisade fence consists of heavy-duty posts, often made from I beams, with angle iron horizontals and either angle iron or roll formed pales or infills. These can be bolted in place, but, particularly in higher security applications, there are also welded palisade panels out there. Because they don’t use fittings to attach the pales or infills, they’re a lot harder to get through than ordinary palisade fence.

Although welded palisade fence is always more secure than a bolted system, it doesn’t have the benefit of being able to follow ground contours, which bolted panels can do.

Palisade fencing can also be used with fence top security options like razor coils and barbed wire and is sometimes combined with a concrete grade beam for underground security.

High security ornamental fencing is made from thicker, heavier metal. It is usually a lot higher and may have extra components to reinforce the panels. There are usually some kinds of spikes at the top of the panel, and the infills might be placed closer together than a residential fence.

High security ornamental fence systems might have posts that are spaced closer together to carry the extra weight, and they might also have integrated security features.

There are many kinds of welded mesh fencing systems on the market, but the ones that are used as types of high security fencing are usually made of much thicker wire, with smaller apertures between wires, and a heavy-duty structure.

Because welded mesh panels are already rigid, they don’t usually need horizontal rails to support the panel, which makes them harder to climb, and when the panels have very small apertures (sometimes less than half an inch, measured from the center of each wire!) it’s very hard to get a finger or tool into the mesh. Which means both climbing and cutting with something like a wire cutter is very difficult.

Welded mesh panels offer a very high level of security, but because they are so rigid, they can be hard to install on sloped or undulating sites.

On their own, high security fences aren’t “smart.” They’re a good barrier, but they can’t tell you if someone is trying to access your property, which means you might not be able to take action before the fence is breached.

Adding electronic security features to your fence is a great way to make your fence smart.

Integrated perimeter security systems like monitored electric fence, taut wire fence systems and fence detection systems can be connected to security equipment in a guardhouse or similar, so your security team will always know what’s happening. If you don’t have on site security, many will plug into an alarm system, to alert you and the authorities when things go wrong.

Most electronic fence security systems also sound an alarm if the wires themselves are cut or the fence is tampered with, so you will also know if someone tries to disable the system.

While electronic additions to a high security fence system aren’t always the cheapest option, they can dramatically enhance site security, which means there’s less to worry about.

It’s not just the type of high security fencing you choose that makes a fence high security. There are other things you need to consider too, such as:

Any fence is only as good as the fittings that hold it together. If your fence is built using ordinary hex nuts and bolts, it will be easy for anyone with a wrench to remove sections of it. So, you need to pay attention to the fittings and hardware used on your fence.

One option is to choose a shear nut or breakaway nut, where the hex head of the nut actually snaps or shears off when it’s torqued.

Another option is to use a countersunk hex head bolt on the front face of the fence, so a tool can’t be used to “grab” the bolt. A shear nut of even stripping the thread of the bolt will make sure it can’t be easily removed.

Sometimes, an adhesive like Loctite or a two-part epoxy is applied to the thread of bolts and nuts before they are tightened.

All of these things are designed to make it as hard as possible to remove your fence hardware.

The dirt directly under your fence is another vulnerable point, which is why many clients choose to install underground security. This might be something like a cast in place concrete beam or slab, or you might choose to bury the bottom of the fence.

If the ground is particularly expansive in the area you’re installing the fence, and subject to a lot of frost heave, it might be better to bury a second, custom panel or mesh strip under your fence, instead of the fence itself. Particularly if you are installing a panel fence.

Another common security addition to many types of fencing is to add a sheet of Lexan on the attack side of the fence. This material is strong enough to withstand most blows. Some sheets, if thick enough, are even bullet proof!

Lexan is a special type of commercial plastic, which does need to be retrofitted to a security fence, but it does add another layer of security.

As you can probably see from this list of high security fence types, this is not the kind of fence just any contractor can install.

High security fence systems are incredibly complex, and they need to be installed with a high level of precision and care. So, it’s always best to work with an experienced contractor, who specializes in this kind of security fence project.